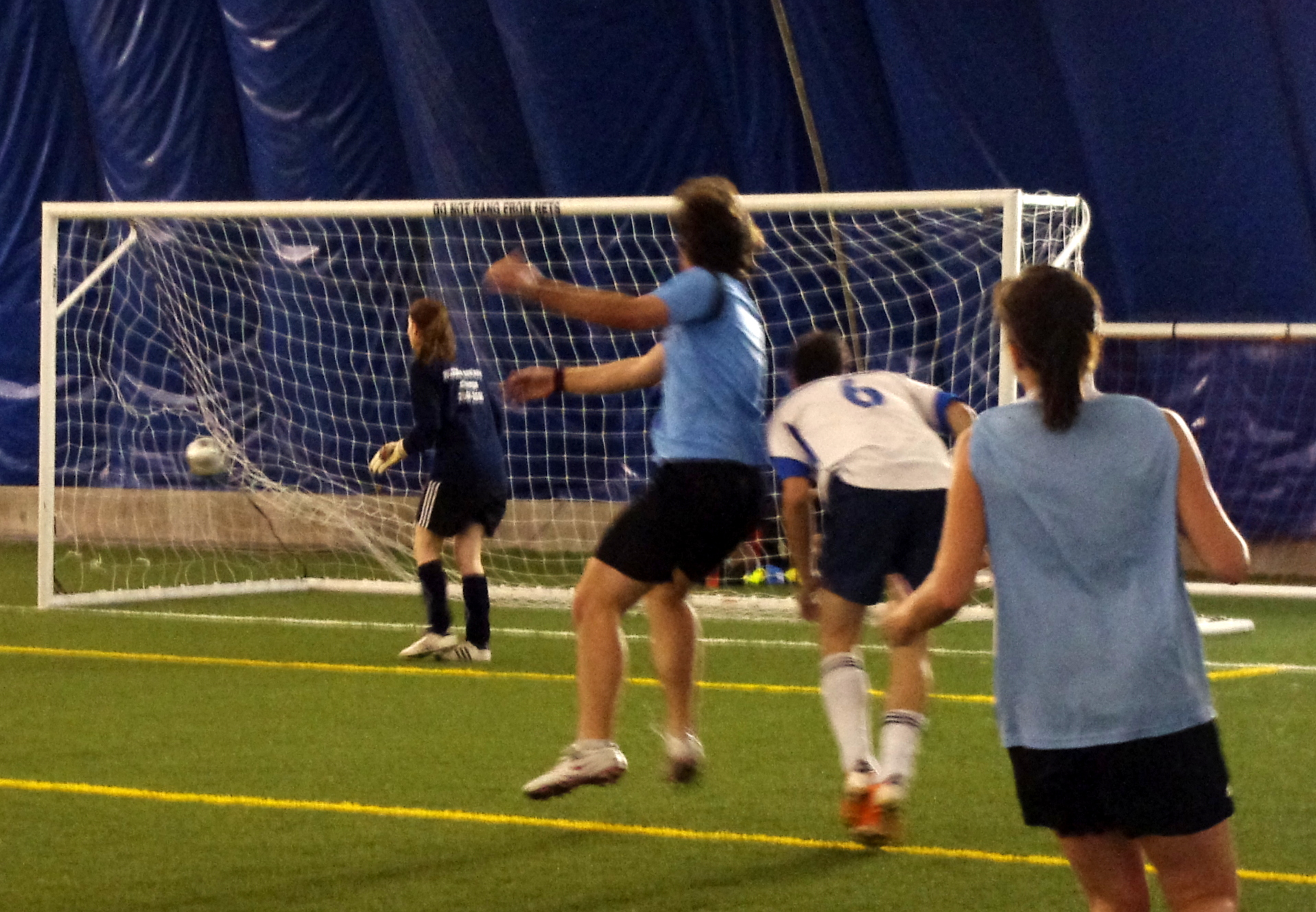 Team registration for all Footy Sevens fall indoor leagues opens later today, making this morning the last chance for our current captains to secure their space before the spots open to the general public. We’ve got the same great line up of coed and men’s leagues as last year and space in all leagues in limited over the winter months. Most of our winter leagues begin in November, but if you are looking for your footy fix before that, don’t forget that we have limited spaces still available for September starts at Ben Franklin Dome (soccer) and volleyball and floor hockey at various venues.

For the past two seasons, the Lees Dome at Ottawa University has sold out with over 100 teams playing at the downtown venue in the fall and winter seasons. The dome will be our main location for fall and winter 2014/15 and we’ll be able to offer the same great line-up of leagues as last year. We are offering coed on Monday, Wednesday, Friday and Sunday evenings and men’s on Sunday afternoons. All of the Ottawa University leagues are scheduled to begin in late November.

The Hornet’s Nest and Louis Riel Dome have been league venues for as long as Footy Sevens has been in existence and we run indoor leagues year round at the domes out on Bearbrook Road. Our Monday, Wednesday and Sunday coed and Tuesday late evening men’s league have been established for a number of years and will be back again this fall and winter. All of the leagues start in early November and most sell out well before their start date.

This will be the first full fall and winter season of the new turf in the Carleton fieldhouse. (Hands up up if you miss the speed that the ball moved on the old “Carleton carpet”. Hands down if you miss the rug burns!) We’ll be on the new turf surface on Fridays for our Fall men’s league and the season begins on Friday 6th of November and runs until March.

Don’t forget we’ve also got 5 nights of mixed volleyball available from Sunday to Thursday a various venues around the city. Our Thursday league at Carleton is already sold out and the other 4 leagues only have a handful of spaces available. All of our fall volleyball leagues start in November.

We’ve also got our first Floor Hockey (or Ball Hockey if that’s what you prefer to call it) League starting on Thursday evenings at the Ottawa Montessori School gym in Alta Vista. Limited spaces for teams and individuals are available and all league details and registrations can be found at our Ottawa Court and Turf website.

Individual registration for our fall soccer leagues opens a week after the team registration.

For registration and information on all leagues go to the Ottawa Footy Sevens Website or drop us an e-mail.